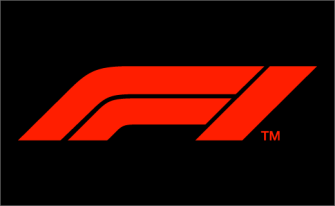 A Year Of Changes

2018 will see many changes, not least in the presentation of Formula 1, as you can see with the logo above! New owners Liberty Media start their second season and are beginning to make an impact. It’ll take too long to go through it all so here are some bullet points:

The cars are largely unchanged. The biggest change is the addition of the halo safety device. Opinion is divided of course. The aeroscreen or IndyCar windscreen seem much better options but those haven’t been tested fully – the halo is ready now. The FIA would be open to legal challenge if they had a system ready to go, didn’t install it, and someone got seriously hurt. Really they have no choice but to install it while developing alternatives.

Pirelli have introduced two new tyre specs, the “hypersoft” at one extreme and the “superhard” at the other. Yes, those really are the names. There are further restrictions on “oil burning” (feeding oil into the fuel mixture). And there are changes to the way penalties are awarded. Chain Bear F1 made a good video about it.

I’ve run through the schedule as part of the 2018 Calendars project where you can subscribe to Google & iCal calendars.

The big news is the return of the French Grand Prix at the Circuit Paul Ricard in Le Castellet, near Toulon. Given the history in Grand Prix racing, even giving us the name, it was almost a crime not to have a French GP for ten years.

The equally important German Grand Prix missed just a year and returns to the Hockenheimring, near Heidelberg.

Sadly, we lose the respected Malaysia Grand Prix at the fan-favourite Sepang circuit.

We also lose the near-universal 2pm local time race start. We’ll now see most races start at 3:10pm local time (again, exceptions apply). The ten past the hour is for broadcasters who only join moments before the race. The extra hour seems to be aimed at the North American audience, most races are almost obscenely early for them, while starting an hour later probably won’t bother most Europeans once we get used to it. Asians and Australians lose out though.

Hamilton and Vettel are going toe to toe to match Juan Manuel Fangio’s five world titles. Once that was unthinkable. Then Schumacher smashed it, now we have two more fighting for it. Unbelievable! Who will be first – or will Ricciardo or Verstappen or even Bottas spoil the party? There’s lots to play for.

The undisputed champions of the hybrid engine era surely enter this season as favourites. They were fast in testing and again focused on race tyres rather than headline lap times. But they did not run the softest tyre. Will that be a mistake? They might be throwing away pole position to Ferrari. If they’ve solved some of the quirks of last year’s car they may be unbeatable as they were 2014-2016 and Hamilton seems more motivated than ever.

So close but oh so far, they really gave Mercedes a run last year until it all fell apart as we started the final swing, the year-end points totals not representative of the fight on track. If they can produce just as good a car and iron out deficiencies elsewhere, could we see the first Maranello title for a decade? And would that cement Vettel in the mould of Schumacher who did something similar? He aches for that to be so. My worry is Kimi in the second car, these days he may no match for Bottas.

The curious situation of a Renault, badged as a TAG Heuer watch, run by a team sponsored by Aston Martin. RBR are probably not as in as much disarray as that mess would suggest, they are pushing hard and are not just marking time until they can change engines. Like Mercedes they focused on race runs – could that mean the title fight will involve them once again? But look behind! As the long-time lead Renault team they are now under serious challenge from the factory Renault team and a resurgent McLaren with Renaults. Will they spend more time looking over their shoulder than looking ahead? Everyone will again watch Verstappen then be mystified at how Ricciardo pulls things out of the bag – the trick is to watch Dan in the first place, he’s one of the best on the grid.

The works Renault team are into their 3rd season of rebuilding and we began to see the benefits midway through ’17. Their speed at the end of the year was plain to see and a big improvement on where they started. If they can develop that quickly it is almost irrelevant how they start. Sainz, like his father, is destined to be a superstar. Nico seemed to come alive when Carlos arrived, it seems he responds to a challenge and he needed to, Renault have shown they have little mercy on driver line-up.

Writing this two days before free practice in Melbourne, rumours still swirl of a name change for this team. They were seriously impressive last year, scoring consistently from the start to reach 4th in the Constructors’ title and much of that earned on genuine pace. Were it not for warring team-mates they might’ve scored even more. If the boys point their aggression at the other drivers they’ll have another decent year. That said, the advantage of regulation change is now against them, even without that, the likes of Renault and McLaren are coming up fast. I think Renault will beat them to 4th through weight of resources.

The Hondas are gone, McLaren agreeing to run Renaults for the first time. Unfortunately their winter testing was still awful, leading many to question whether the problem really was with Honda… They promise to be quick, the question is whether they can finish races and score points and I think early in the season the answer is probably not. But they will get there. Alonso is dovetailing this with a season in the WEC with Toyota, his eyes wandering with no available seats elsewhere in F1. Vandoorne is a possible future star. In theory this partnership should be up there with Red Bull, in reality it could take a while to bed in.

The team making most use of regulations allowing some shared components, but with bases in three countries (USA, UK and Italy), the set up is an odd one. But it seems to be coming together now. Winter testing was very impressive for a lower budget team, they could spring a few surprises. With a fairly competitive car, maybe this is the year Grosjean stops whining, maybe this is the year Magnussen calms down and stops hitting things. Otherwise the weak link here could be the drivers…

Interesting. A serious amount of laps in testing suggests that Honda, freed from the intensity and demands of McLaren, could blossom into a competitive supplier again. They always said it would come good in this, the 2nd year of the concept they wanted to run. As for Toro Rosso (weirdly now named twice, in two languages), the more relaxed atmosphere and smaller team could just be what Honda needed. STR are a well-oiled team, in their day they ran the parent Red Bull team close and can do it again. Hartley is one of the most under-rated drivers in the world, even among sportscar fans, the arena where he has starred recently. He gave up a switch to Chip Ganassi’s IndyCar team for this ride, to fulfil a childhood dream of racing in F1. Meanwhile Gasly is highly-rated from Formula 2.

I’m sad to say I think this’ll be a terrible year for Williams. The test times looked awful, the expert media at the track said the car looks evil. And yet they are running a second-year driver and a rookie. They’ve fallen into this trap before, it didn’t work then and it won’t work now. They do have Robert Kubica as test driver, a big bonus, though I wonder if he shouldn’t be race driver. Stroll improved a lot last year but couldn’t qualify well. Sirotkin is an unknown quantity but tested well, seems fast, let’s see how he goes. Personally? Between these three I would pair Kubica with whichever of the other two is quickest. Or, I wouldn’t have let Massa go.

Perennial backmarkers these days. Every year I hope they turn it around. A commercial tie-in with Alfa Romeo (to badge the Ferrari engines) will surely help the finances and on first look the car itself seems more developed than last year’s. Ericsson enters his 5th season of F1 with little to show for it. Highly-rated Leclerc has been placed there by Ferrari. As ever with the team at the back it’ll be hard for either to show how good they are. For this team a big result will be to cut the time gap to the back of the field, just keep running and get points through attrition.

Logically I can’t get past Hamilton and Mercedes. They are so good in this era!

Emotionally, although I very much disliked Ferrari in the past, you can’t have an F1 without them winning. I’d like to see Vettel get one with them to prove he wasn’t a one-team trick. I’d also really like Ricciardo to win at least one with Red Bull.

Sadly I’m going to have to say Hamilton / Mercedes is my reluctant pick.

I plan to write regularly about F1 this year, whether it is a preview of each race or more of a weekly or fortnightly recap I don’t yet know. Do keep checking in through the year.