I was at Silverstone in April for the European Le Mans Series and FIA World Endurance Championship weekend. I took along a new zoom lens to its first motorsport event, although Saturday was a bit of a washout.

Saturday was very cold and only got colder, until the rain arrived at which point it got even colder but also very, very wet causing racing to be abandoned for the day. I spent the ELMS and WEC qualifying sessions on the grass bank between Maggotts and Village, before ensconcing myself in the Woodcote stand for the 3-hour ELMS race, trying to stay warm. Thermometers may have read 9 or 10C but with windchill it felt like 5C at best, 1 or 2C by the end. 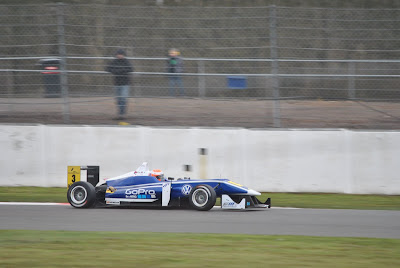 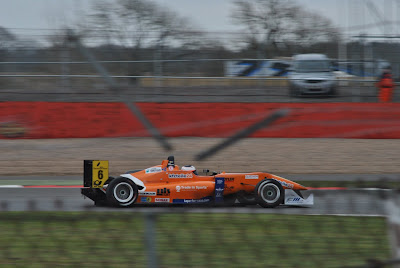 I only saw one Euro F3 race but it was good, lots of passing albeit not much of it near me. Harry Tinknell (blue car) is local to me so I was rooting for him, he was leading for a while but fell back to 3rd I think it was at the end. 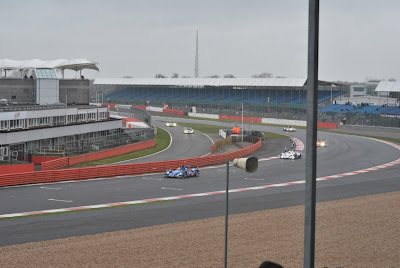 The ELMS race was good as well. I’d call it a traditional race, not the sort you see very often any more. Everyone had slicks for the start but as the formation lap got under way it started raining! Half the field pitted straight away but mysteriously half of them did not, and it cost them dearly as the Safety Car came out. Big gaps then appeared in the field as the conditions worsened but it wasn’t boring – quite the opposite, over two hours a lot of cars went sliding and spinning off, or had drivers uncomfortable with the conditions, so the order was changing quite a lot despite the gaps. 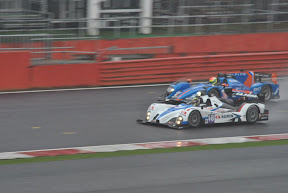 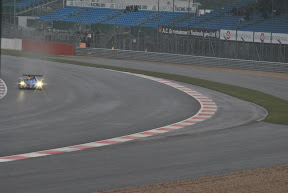 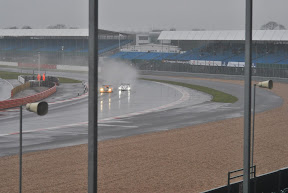 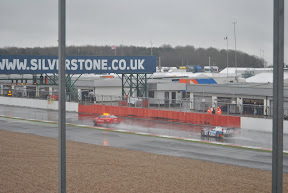 Eventually the rain got so bad everyone was running around in 2nd-gear to avoid aquaplaning, the Safety Car was called out but even after 20 minutes a lot of the field still hadn’t caught up with it, they were being so cautious! After a good 30 or 40 minutes under SC the red flags came out to end the race half an hour early. At the time, freezing in the stands too stubborn to move while the track was live but so cold I wished it ended, I thought it was a good idea. But looking back I almost wish the SC hadn’t have come out let alone the reds flown, everyone was going slowly for the conditions and it would’ve been interesting to see who made the best of it.

I was sat in the stands with Carole @revs_rule, and after the race was stopped we made a beeline to my car and to Silverstone village for a hot meal and cup of tea in the White Horse pub, which were very nice indeed.

More photos from Saturday are at Picasa. As I say, I was still getting used to the new lens and with the cold and rain it was quite tricky anyway!

My next post is about Sunday’s World Endurance race.